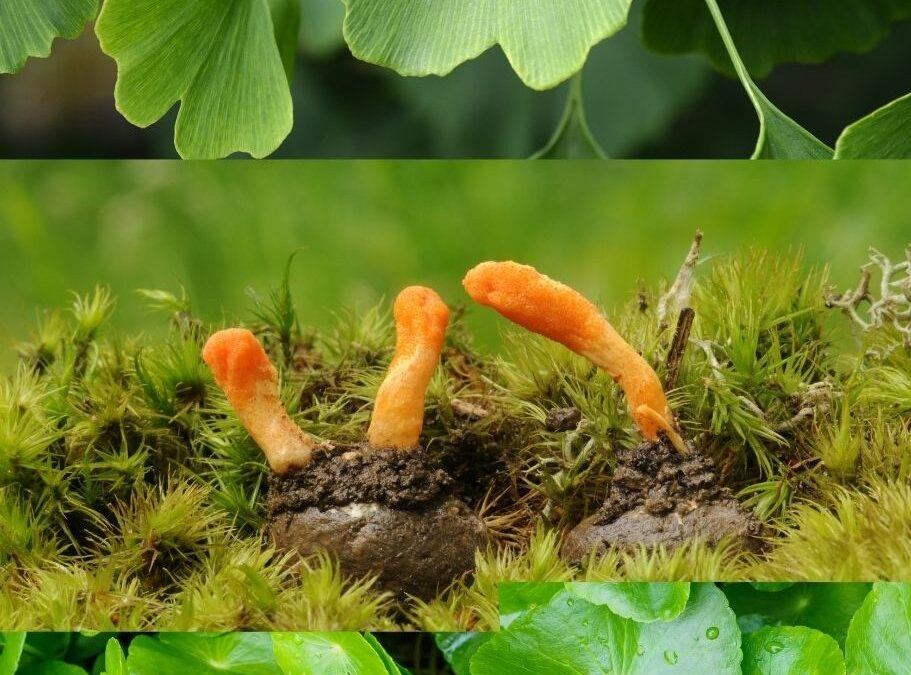 Sometimes the ability to remain focused can be an elusive thing. There are so many factors that play into a lack of focus. We’ve taught ourselves not to be focused by swiping through our day, checking email, and chasing distractions down the rabbit hole. If these things are done daily, you get out of the habit of being focused.

Lack of focus or difficulty staying focused for long periods of time can be a result of our unique brain chemistry. It can also be the result of our lifestyle. For example, how much sleep do we get, the food we eat or don’t eat, or simply having a lot going on at once.

We’ll discuss about three of my favorite herbs for improving focus. Like all medicines, just because it’s natural doesn’t mean it’s good for you. If you’re taking medication, consult with a medical herbalist to minimize the risk of an herb-drug reaction.

If you’re managing underlying health conditions, talk to your herbalist to ensure your chosen herb is the best choice for you. Do your research, especially when it comes to your health, so that you’re informed and then trust your intuition.

The three herbs we’ll be discussing about today in relation to focus are Ginkgo, Cordyceps, and Gotu Kola.

First up is Ginkgo biloba, or commonly referred to as “Ginkgo”. Ginkgo is a herb for the brain, the eyes, and peripheral circulation. Ginkgo is also known as the maidenhair tree, and it’s the only remaining member of a group of plants that were on this earth 150 to 200 million years ago.

Six Ginkgo trees survived the atomic bomb that was dropped on Hiroshima in 1945. Because of this, the Ginkgo is known as the tree of hope, and it’s associated with our desire for peace between nations.

There’s strong research to show that ginkgo can improve our memory and our cognitive speed. It’s been specifically researched in relation to Alzheimer’s disease, stroke, and healthy aging.

Taken 30 minutes before a meeting, it can help with thinking speed and memory recall.

Don’t take Ginkgo if you’re taking anticoagulant medication, such as warfarin. This also includes aspirin and non-steroidal anti-inflammatory drugs, or NSAIDs. Gingko’s ability to inhibit monoamine oxidase can also reduce the effectiveness of a particular type of antidepressant that’s known as an SSRI. As well as helping you focus and improving memory, Ginkgo is a great preventative medicine due to its neuroprotective qualities.

Our next herb is Cordyceps, also known as Caterpillar Fungus. Don’t worry, the Cordyceps you buy today are grown in clinical environments rather than their predecessors, where a mushroom was born out of a particular type of caterpillar.

Cordyceps sinensis and Cordyceps militaris are used in Tibetan medicine to increase energy and endurance, particularly at high altitudes. They are best known and extensively researched for their ability to boost the immune system. It’s traditionally used as a food and it’s rich in amino acids and vitamins B1, B2, B12, and K.

Last but by no means least, one of my favorite verbs for so many reasons, Gotu Kola, Its botanical name is Centella Asiatica.

In Ayurvedic medicine, Gotu Kola is used to reduce mental fatigue and increase our ability to think. Like many herbs for focus, it improves circulation.

It’s one of the herbs used in Brahma rasayana, a paste made of a combination of herbs and fruits. It’s traditionally taken with warm milk to relieve mental exhaustion, nervous weakness, trouble sleeping, and poor memory.

What I like most about Gotu Kola is its ability to improve memory and mood in a supportive, nurturing way. For somebody with a fast-paced constitution, it can improve their cognitive function and soothe the heat that comes from running on high.

herbal medicine is a connection

These are three very different herbs that can help you feel more focused. Herbal medicine isn’t about a plant or a symptom. It’s about connecting you with the plant your body is already searching for. While all three of these herbs can improve your focus, there will be one where the connection is magical. The healing is deep and profound.