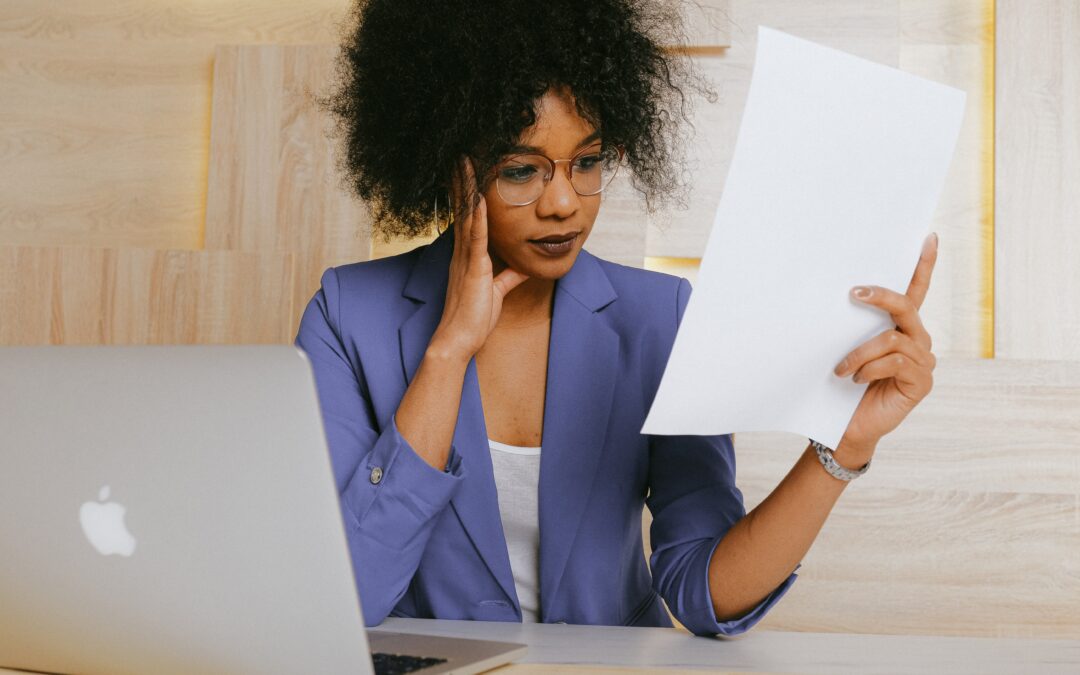 So, you’ve been asked by a member of your team to check a task that they’ve completed. You take a look, and it’s just not great. What do you do? Do you:

(a) fix it up? Because it’s quicker and easier to do it yourself?

(b) Do you put it to one side because you don’t have the energy for that conversation right now?

(c) Do you send it back with a list of corrections? or

(d) Do you sit down with them and talk through your expectations and what’s missing?

Although options (c) and (d) are hypothetically the most appropriate response, we often resort to options (a) or (b), because sometimes you just need to get it done. Why are (c) and (d) the most appropriate? It comes down to situational leadership and your assessment of how your team member needs to receive that feedback, and the type of task that you’re providing feedback on.

the danger of reacting rather than responding

If you’re reacting rather than responding to your team by taking options (a) or (b), then it’s likely that you’re getting in the way of your team being effective and resilient. Those two options are symptoms of a deeper issue. Choose option (b), and it’s time to explore your natural management style.

Managing a team requires an abundance of energy

The other underlying issue is whether you’re generating the energy within yourself that’s necessary for you to do the job. And to be present both at work and at home.

Make no mistake, it takes a lot of energy to be that manager.

But the good news is that generating that amount of energy comes down to strategies, tactics and habits that support your mitochondria.

So if you chose option (a), do it yourself, because it’s quicker and easier; you’re creating a team that will check out. You’re teaching them that it’s okay to not dig deep or apply critical thinking, or do your best work. And at best, you’re rewarding mediocrity.

the unintended consequences of doing your team’s work

Imagine that you have a friend or a colleague who’s a manager, and he or she consistently does her team’s work for them. How does that play out in her day?

It could be affecting her productivity because she can’t start her own work until 4pm when the team starts to leave the office. It becomes a downward spiral.

Keep rewarding your team by doing their work and they’ll find new and novel ways to give you their work.

So why do we do our team’s work for them?

why are you doing your team’s work for them?

There are three key reasons and these three reasons can show up in different ways. But they boil down to the same root cause.

What is the Manager’s role?

What exactly is a manager there to do? This is especially prevalent amongst technical experts. They tend to work in a culture where advancement is based on how well you do your current role or being the last person left in the team. Chances are, if you are the longest serving team member, you do know how to do everybody else’s job. But just because you can, it doesn’t mean you should.

Use that knowledge to remove constraints or to hold the standard. Consistently communicate to your team what’s acceptable. How you choose to do that comes back to situational leadership.

Are you a people pleaser? Do you need to be liked by your team? Are you their best friend? Spend some time defining how you want to be as a manager. Reflect on your inherent style. Where are the gems and where are the pitfalls in that inherent style?

If you’re doing your team’s work because you simply don’t have the energy to have that conversation yet again, then this comes down to your energy levels and your skills when it comes to providing feedback. In essence, it’s about preparing for that conversation. But it’s not always about the skill set.

This is the most common mistake I see.

It’s easier to go on a course and learn a new skill than it is to have an honest review of how our lifestyle is working with our body to generate the energy we need.

Let me give you an example from a conversation I had with a client. We’ll call him Robert.

A case study in connecting with your team

Robert was managing a finance team. He realised that he didn’t really care about his team’s problems anymore. And that scared him because he knew deep down that he was a caring person. He wanted to know what he could do to connect with his team more, to have better quality conversations, and to stop dreading having to go to work. Sunday night was a sleepless night as he tossed and turned, worrying about the week ahead.

He was an only child and his dad died when he was young. As a result, he had become responsible for his mum. His mum lived with him, his wife and their six month old daughter. Mum and his wife had different views about how the baby should be cared for. And he felt torn between the love he felt for his mum and the love for his wife.

He felt responsible for all of them. They were placing competing demands upon him and expecting him to side with them.

He hadn’t stopped caring for his team, he simply had no more energy to give.

His subconscious had moved him into self preservation mode.

No amount of skill building would solve this problem, because the root cause was based on his identity and his lifestyle.

Now, as a manager, sometimes you just need to get the job done. My invitation to you is that in those situations where you notice you are doing your team’s job for them, take a look under the hood. What’s really going on?

From this point on how can you reset your team’s behaviour so that they become the captain of their ship. Delivering new solutions and possibilities instead of problems that haven’t been thought through or mediocre work? Focus on this and you’re on your way to building a high functioning team.