how to Teach your team to make their own decisions 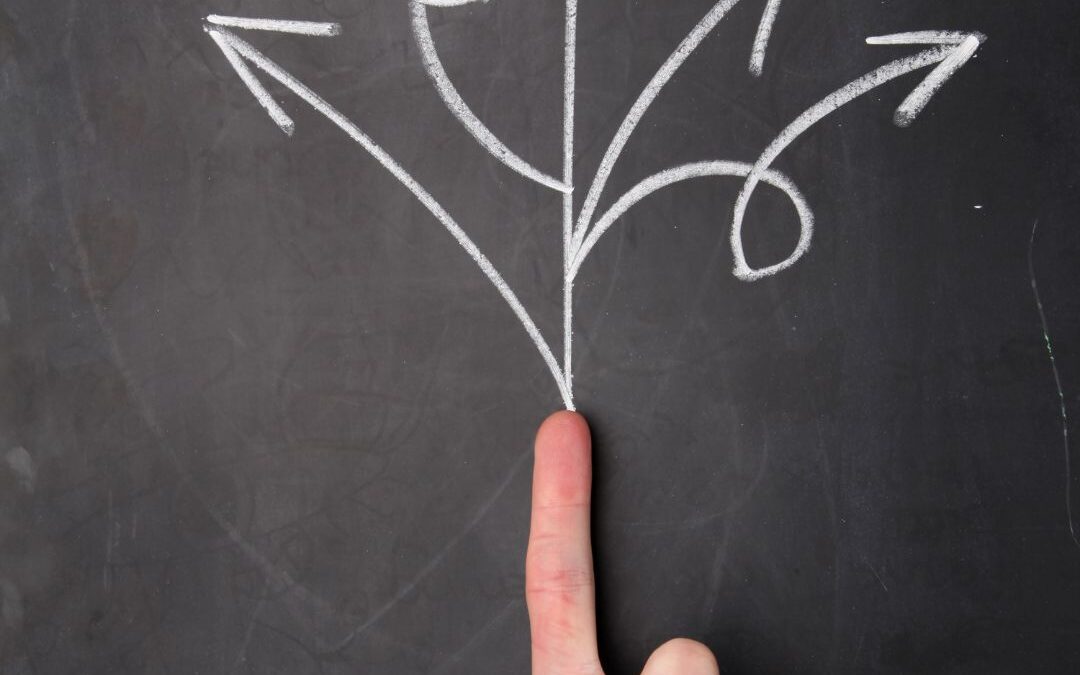 What percentage of your day is dedicated to making decisions? It’s likely that whichever number you landed on, the actual number is higher. That’s because we make decisions without even noticing that we’re making decisions.

When you reflect on those work decisions, could some of them have been taken by a member of your team? Did your team member not make that decision because:

If instead of taking the time to understand a situation and then take the decision (and assuming they are inconsequential decisions), how much more effective would your team be?

What would be the impact of training your team to do their own thinking?

How much more effective would your team be if you spent your time in critical thinking to anticipate likely roadblocks and mitigating them before they arose? Or if you chose to spend time with each member of your team supporting them, coaching them, or building their confidence?

How do you give your team permission to make decisions?

If you’re thinking, yes, my team would benefit from making a few more decisions of their own, how do you communicate that? A wholesale “you decide” response to every question could at worst sink the ship, and if you prefer to know everything that’s happening, deciding on their decisions could demoralise your team and create decision paralysis.

Who inveNted the decision tree?

In 1959, researcher William Belson wrote a paper called Matching and Prediction on the Principle of Biological Classification. What does this have to do with modern management? It was the first time data was classified based on attributes. It’s used in IT for regression testing.

Management theorists saw the benefit of a decision tree as a way of communicating the likely consequences of a particular decision.

By classifying a particular decision type as a root, a trunk, a branch or a leaf decision, you predetermine how much good or harm can come to an organisation as a result of that decision. It’s also a great way of communicating which types of decisions a member of your team can make and it depicts how you want that decision to be communicated.

Your tree’s roots are dug deep into the ground. It derives sustenance and the strength of its roots help it to weather many a storm. As any gardener or arborist knows damage the roots, and your tree is in trouble.

These types of decisions have far reaching consequences.

They’re best taken after considering feedback from all affected parties. In this situation, your team or you can make a recommendation and it’s for the manager further along to decide .

Damage the trunk of a tree, and there’s a high risk that the tree won’t survive the damage but it’s not a foregone conclusion. For those situations, your team can make the decision but they need to check in with you before they carry it out. They feel safe knowing that their decision has your approval. Then we move into the safer aspects of pruning.

Damage a branch and the tree might look a bit unattractive or wonky for a while but with time and assuming the site remains infection free, it will recover. For these situations empower your team to decide and act on that decision. They just need to let you know about it. You get to decide how you want to be kept in the loop. Personally, I prefer to cover these in total during a weekly or fortnightly catch up. Needing to know ASAP results in frequent interruptions and unnecessary email traffic.

And finally, we have leaf decisions.

For these types of decisions, encourage your team to own these decisions.

They decide, they act on that decision. You don’t need to know about it.

How to implement a decison tree

The challenge comes from implementing your decision tree. If you’re moving from a space where you made all the decisions, you’ll need to build trust and clearly and consistently communicate where you’re heading and why. They’ll be nervous in the beginning afraid to make a mistake, but coach them through it.

In preparation for this transition, begin keeping a record of the decisions that you’ve made. And once you have defined what qualifies as is a root, trunk, branch or leaf decision; apply your list of decisions against these new definitions.

Were there any that you didn’t need to make? This will help you test that you’re comfortable with the definitions and it will provide your team with some real world examples.

When they come to you for a decision or feedback on a decision they’ve made, explore together which category that decision fits in and why.

Celebrate them when they make a decision, especially if this is new. Coach them and yourself until this new way of being becomes the norm.

Why use decision trees

Decision Trees are a great way to build trust within your team. They’re also really effective at getting your time back and giving your team some meaning to their day. Don’t rush into it. Invest critical thinking time to define your decision types. These can be different not only for each organisation, but also for each team within that organisation.

Gather those real world examples so your team can compare their current decision to determine what category they might fall into. And with a bit of care and forethought, decision trees can be a game changer. Supporting you in maintaining your energy, opening up conversations and giving your team members that purpose that they need in their day.