how to build stronger relationships with your workmates 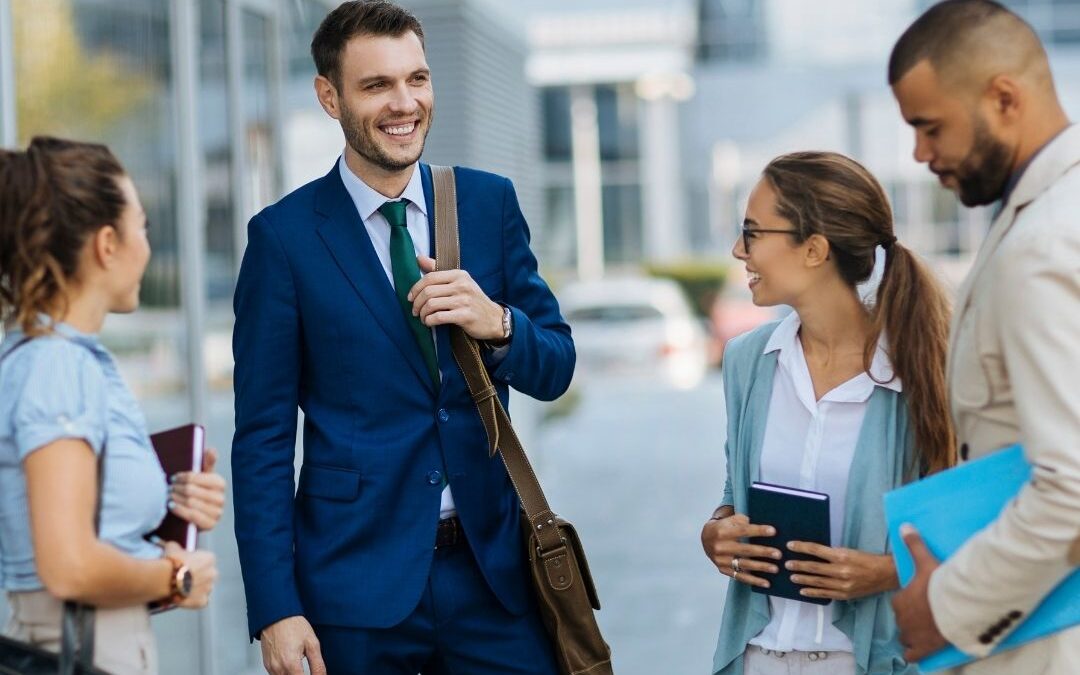 So it goes without saying that getting on with your colleagues is key to enjoying your time at work. But if you’re not naturally on the same wavelength as your colleagues, what can you do? It comes down to a set of techniques used by every successful salesperson, every fast track manager, and effective high performance coach. It’s about establishing and maintaining rapport.

Cialdini, the master of influence and persuasion, found that in negotiations, where there was rapport, there was a successful outcome in that negotiation 73% of the time.

If you find you’re having trouble getting your point across in a meeting, then that comes down to your ability to persuade. And persuasion starts with rapport.

Understanding how we communicate

We each have a preferred way to take in information and to process information. Some people are predominantly visual. So they see things rather than hearing or sensing things. And when you’re communicating with somebody who’s strongly visual, they would prefer you paint them a picture, or show them something.

You’ll notice that they’re predominantly visual because they use phrases like, “I see what you mean”, or “oh yeah, I can totally see that”. For these people, if you’re explaining your point with a bunch of words in a meeting, you’ve lost them before you even made your point. They’ve already moved on to making the grocery list or drawing up what they need to do next in their mind. They speak fast, and have already moved on to the next idea.

Your predominantly auditory person examines what you’re saying. They don’t want you to show them the thing. They want to hear all about it. They use phrases like, “I hear you”, or “what I heard you say was” and they move at a measured pace. So don’t paint them a picture, describe it.

Getting on better with your workmates through the power of rapport

So what does this have to do with getting on with your workmates? Understanding their predominant processing style when you’re sharing information with them makes it easy for them to meet you where you are at. And that information can be from “how was your weekend” all the way through to the decision making stuff. Don’t make them work hard to get you. Make it easy.

Begin with the end in mind

Whenever you want to initiate a conversation, begin with the end in mind. Communicate with purpose rather than by accident.

If you need to get our highly visual Bob across those numbers, do it with one slide.

Present the information visually with everything you need him to take away from the conversation presented on that one slide.

Now Susan, who’s predominantly auditory, she would prefer you talked her through the information contained in that slide.

She doesn’t need to see it, she needs you to explain those things you want her to take away from the conversation.

And Audrey, who’s predominantly kinesthetic, appreciates all those pauses and empty space so that she has time to reflect on whether what you just said made sense.

Talk about how things feel. Check in on those things you want Audrey to take away from the conversation to ensure you make sense to her.

We process information using all three of these modalities: visual, auditory and kinesthetic; so ensure your converation includes all three language types. But we do have a favourite so use their favourite most of the time in your conversation.

When you’re talking with someone: listen out for, or get a sense of, or just observe your workmate’s preference and start to pepper your conversation with their signposts.

Working at getting better with our communication, always makes for a stronger, more cohesive team. A cohesive team, is a fun team.